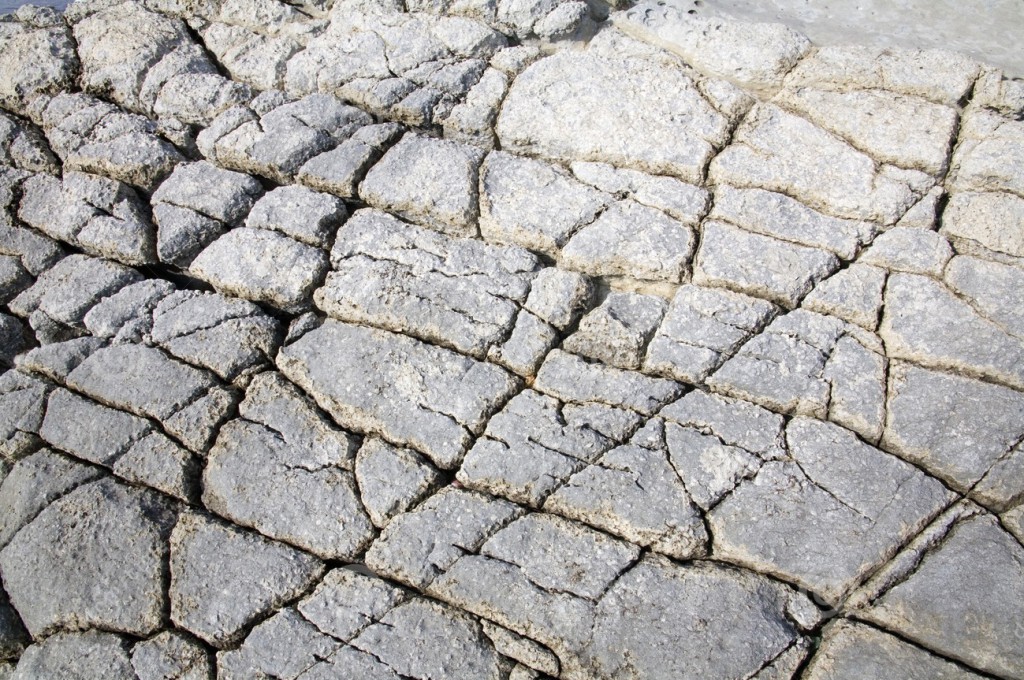 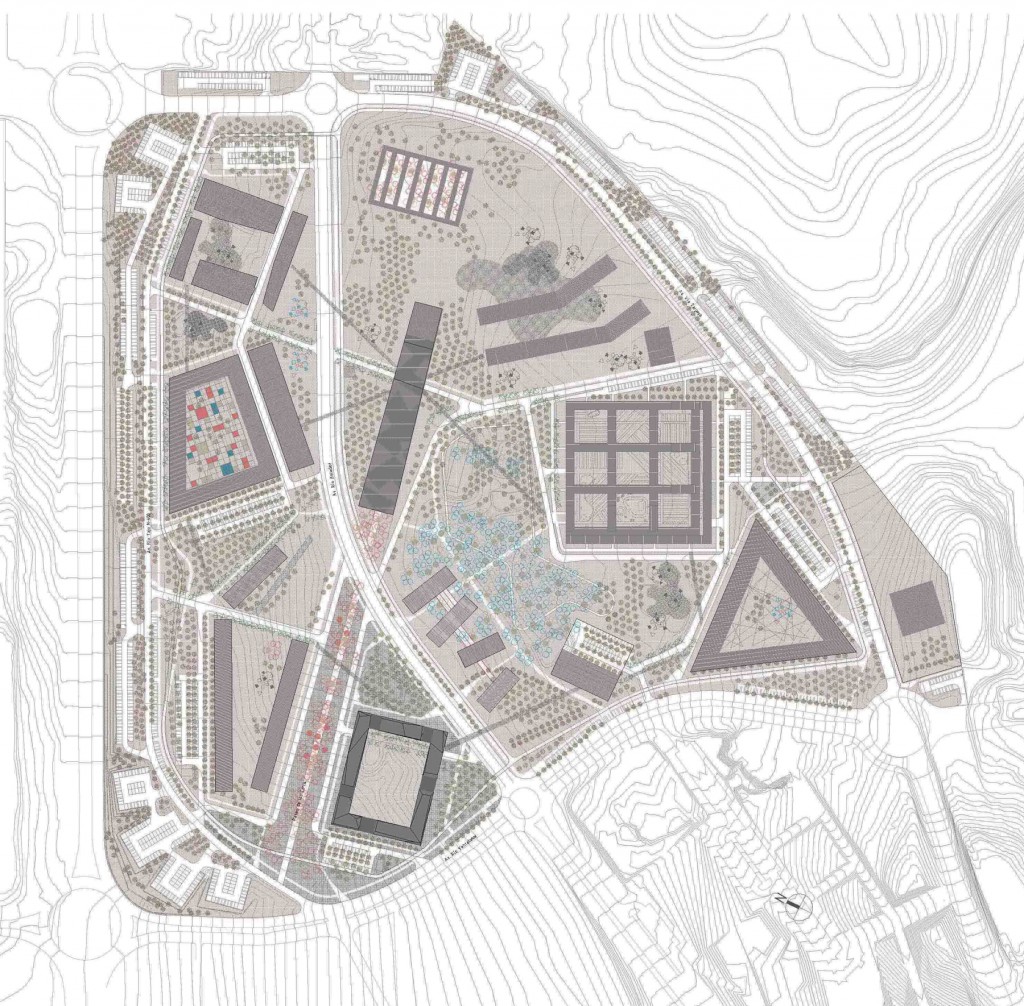 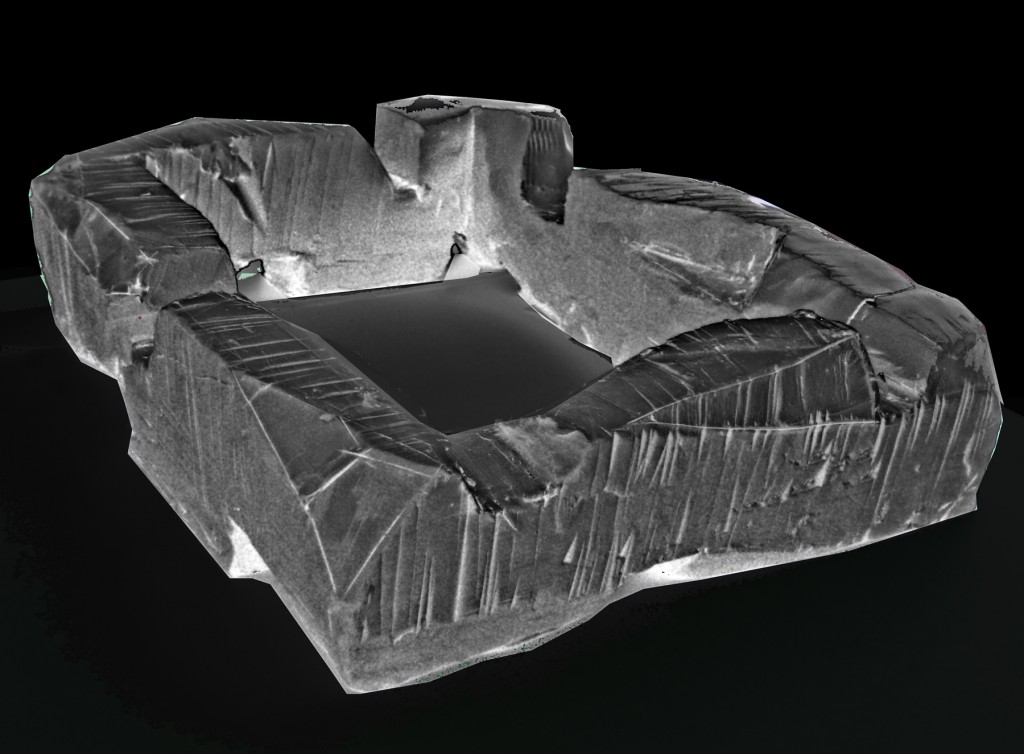 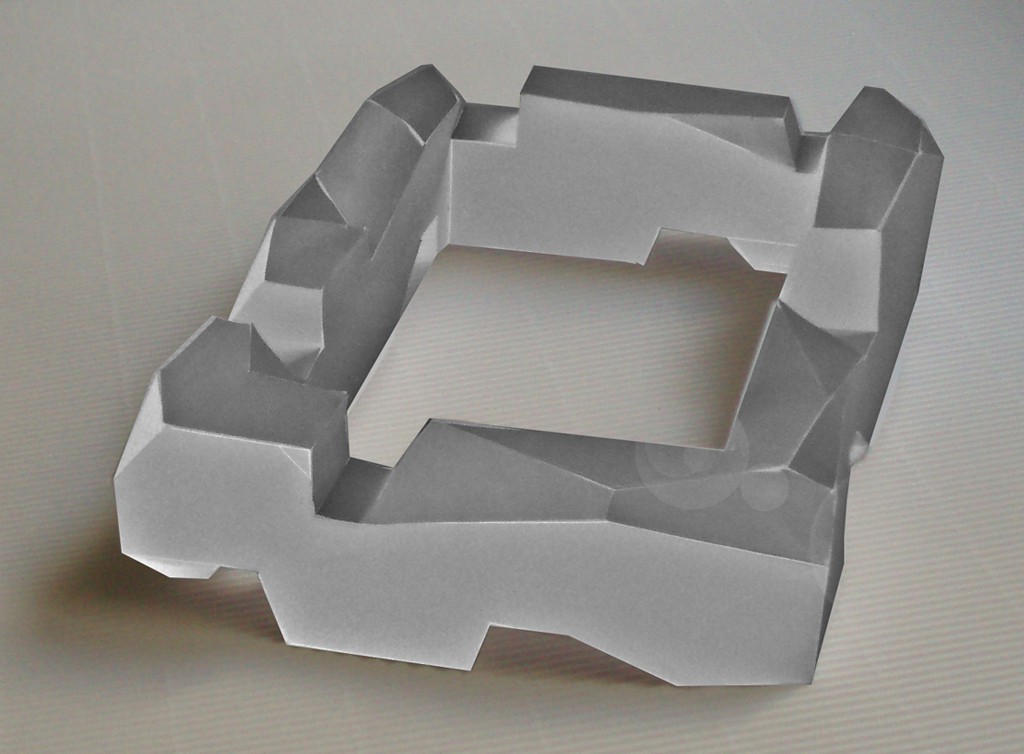 This project was the winner of the International Competition for Ideas called in 2009 for Lot 07 within the Advanced District of Toledo, designed by Jean Nouvel.
The original project idea comes from the large clods which remain unworked in the fields of La Mancha and go by the local name of Gasón. The project is conceived as an intentional, rounded and almost stone-like geological accident. The site has a large drop of 8.7 m across its diagonal and the planned building sits naturally on the existing ground, respecting its topography. The central space is sculpted with gentle ramps and terraces. It interposes subtly in the landscape, conserving the existing flora and the fauna.

The aim is to create an internal landscape which recalls the La Mancha countryside. Its plantations recreate a microclimate which filters the high summer temperatures through evaporative cooling and with sensible use of xeriscaping the water demands for the common spaces are successfully reduced. By using plants from dry regions, a minimum level of irrigation is ensured, and as the vegetation is native, its maintenance is reduced as far as possible. Likewise, a screen is created against noise using trees from dry regions. There are also deciduous plant pergolas which allow light to pass in the coldest seasons when the leaves have fallen, and prevent the passage of radiation in the hottest months when they are luxuriant. 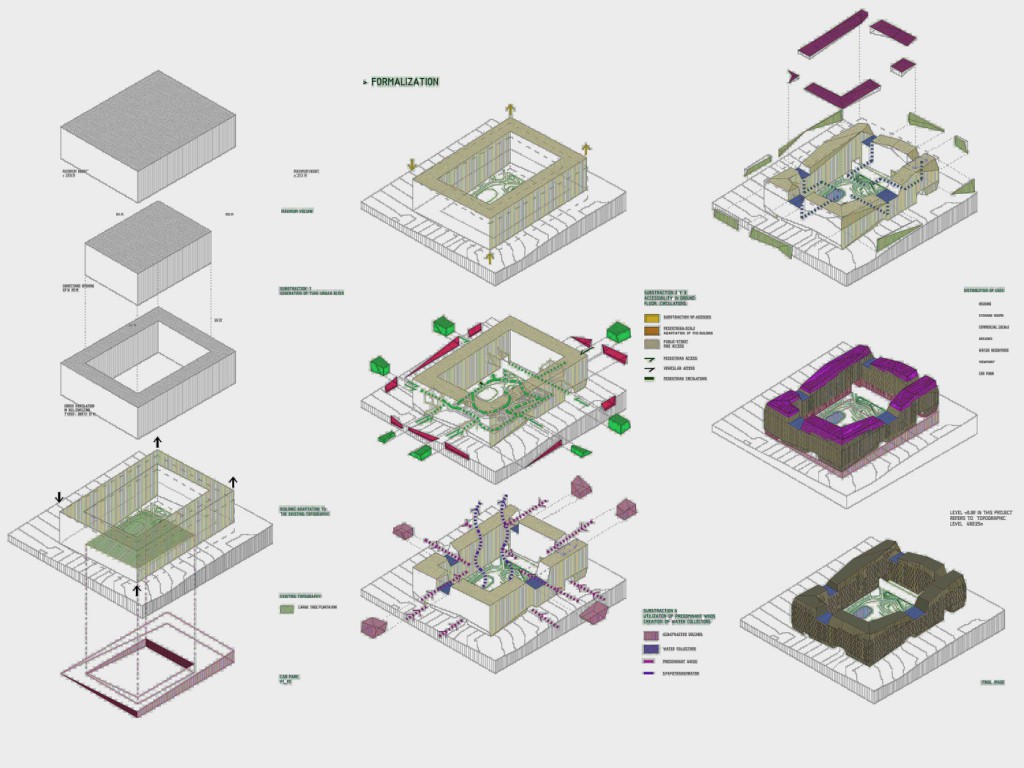 To minimise the impact of the prevailing winds, the volume is moulded to avoid them or promote their passage through the building.

A specific area is planned for growing spartum to provide the Community with the raw material for making and subsequently repairing the blinds for the windows for lighting. With this, the Architecture revives the traditional blinds which are especially suited to this type of climate as they provide shade while at the same time allowing air to pass.

The spaces under the roof are not devoted to dwellings, but on the contrary are reserved for accumulating water and correcting the desired thermal balance, using these spaces as elements to insulate against the radiation from the sun and assigning them to uses other than living spaces, such as for utility rooms and installations.

An alternative energy system has also been planned to reduce costs with respect to conventional power sources. Microgeneration is a system aimed at making the maximum use of the performance of motors which heat water to be used in heating and for sanitary hot water. During this process, the excess energy is converted to electricity which, if not used directly in the building itself, is sold to the electricity companies for immediate use, to avoid the need for further infrastructure to store this excess.

By means of good use of passive design, advantage is taken of the virtues of the materials, without great show, by studied use of orientation and exploiting thermal inertia.

All the housing units have cross ventilation, organising the living modules such that the bedrooms face north or east and the living rooms and kitchens south or west, these being divided by a service strip housing bathrooms and installations. The storage cupboards are used as thermal blankets, increasing the section of the north and east façades in order to protect the bedrooms from the sharp temperature changes between day and night, winter and summer.

Due to Toledo’s unusual climate, the balconies before the living rooms and kitchens protect these spaces from direct radiation by providing a level of shade prior to the dwelling’s day area. They are located in the south and west façades, where the sun’s incident radiation is strongest, providing protection in the hot summer and a sunny space added to the lounge in the winter. 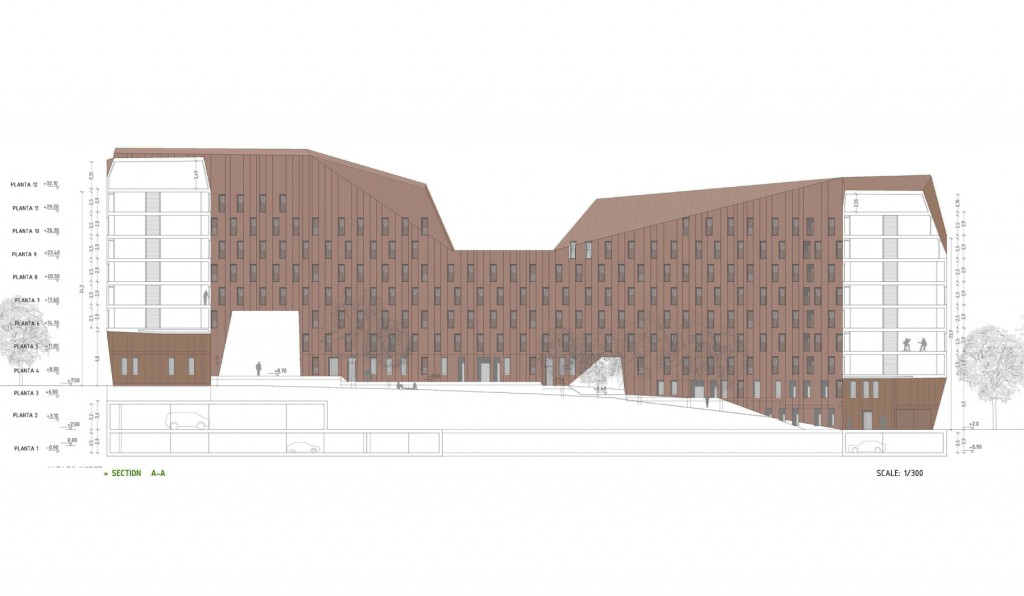 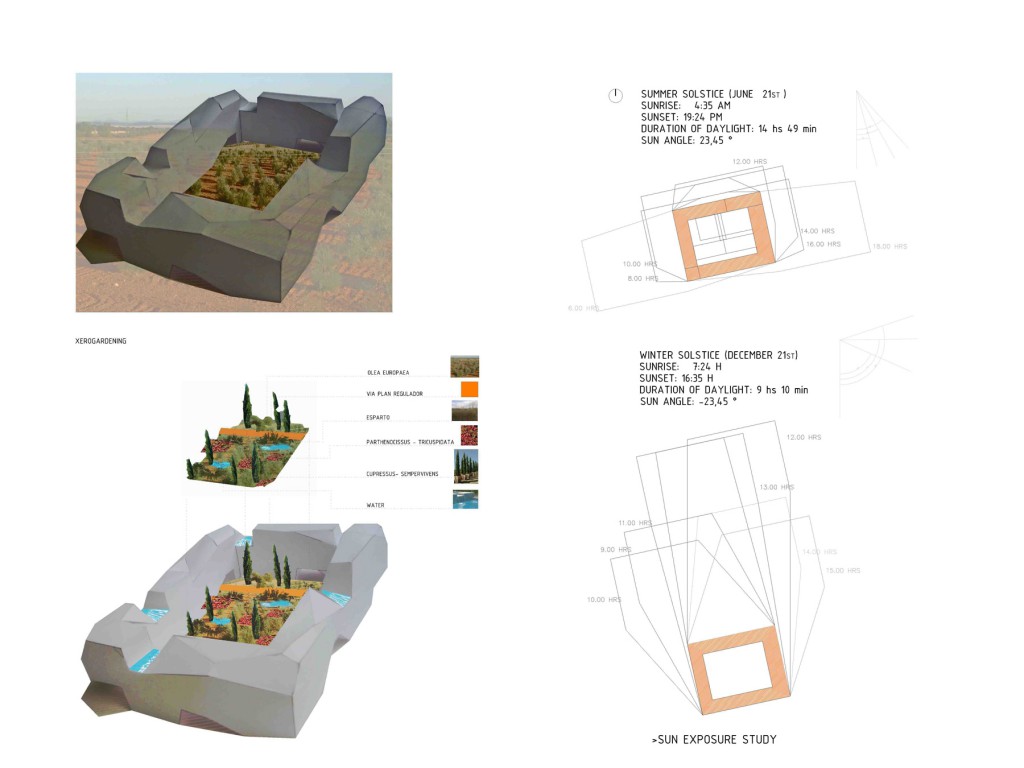 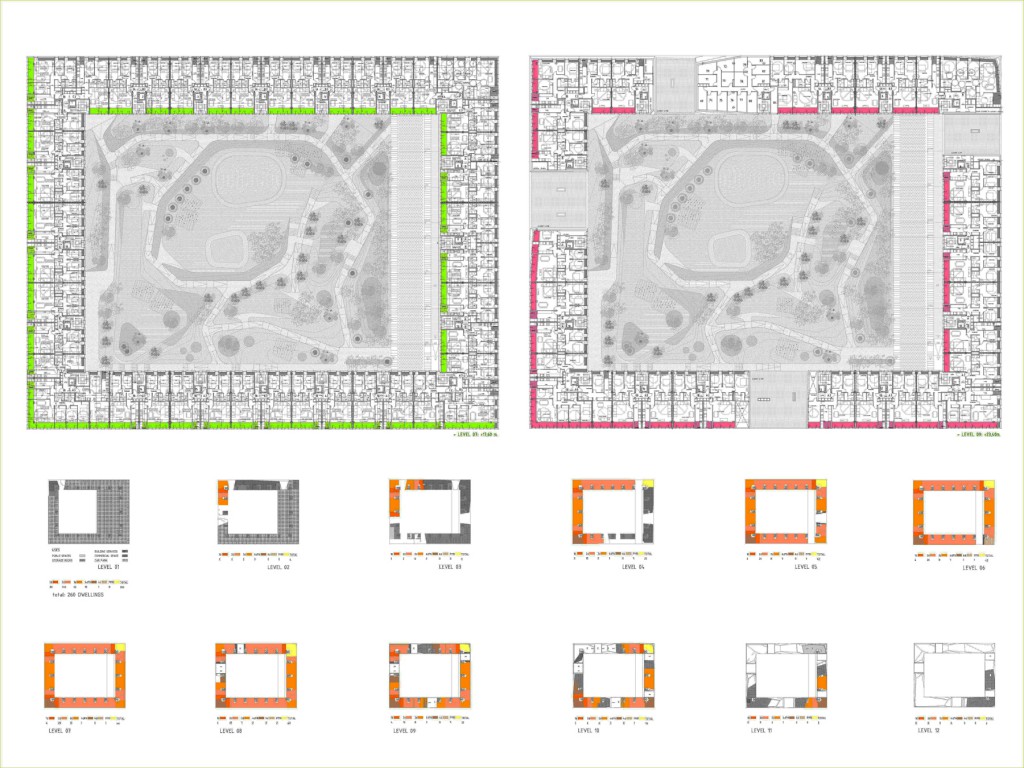 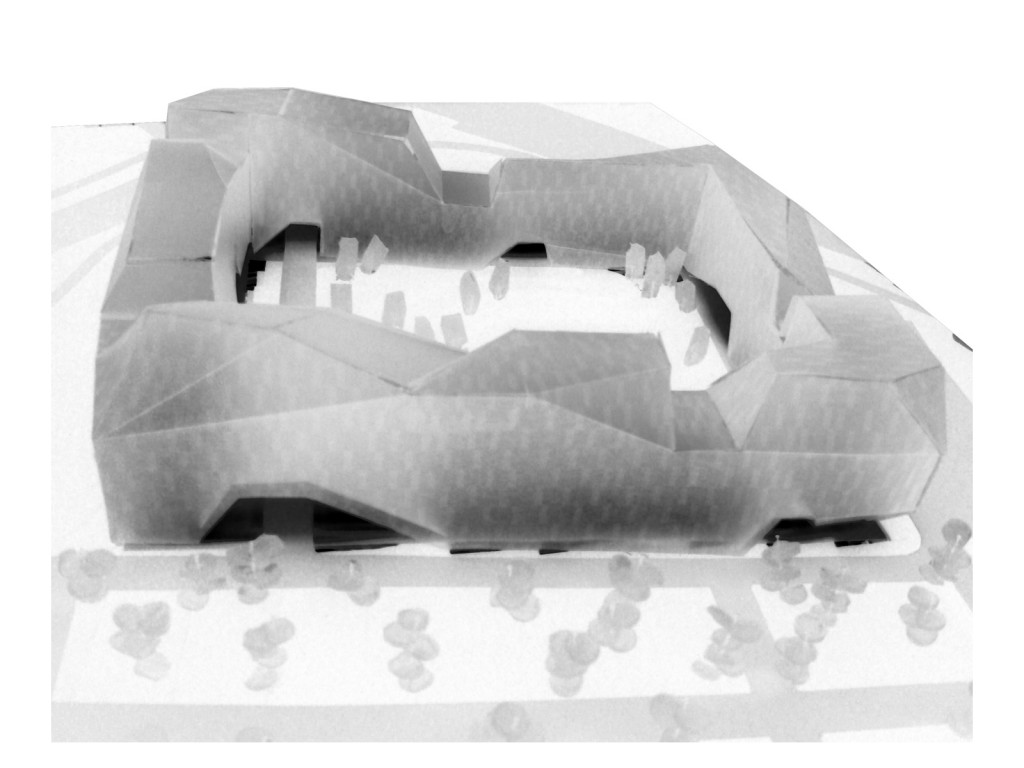 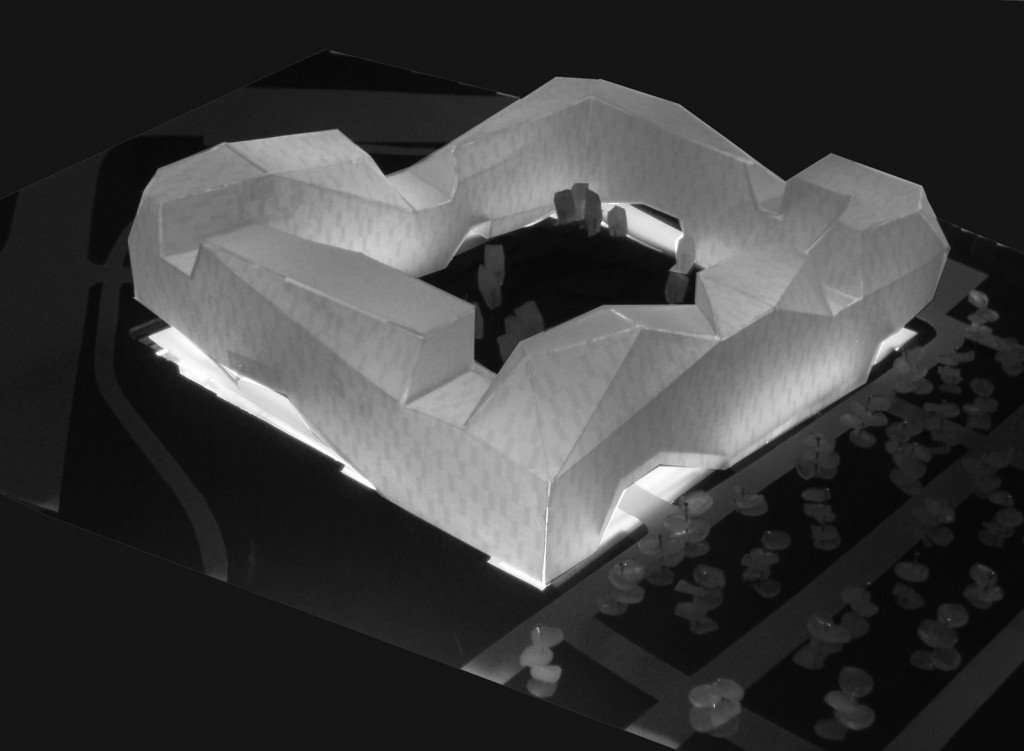